Journey through an FXchain (with momentary buttons and loops!)

This mapping uses only one button (letter "v") to take you on a journey through a useful effect chain. It feels like a jam.

I planned this mapping trying to achieve something I would be proud of in terms of "mapping wizardry". Additionally, and maybe more important, instead of a mashing of features I also tried that this mapping would something useful across different sets of equipment, genres of music, and that it would be easy to add to other mappings, playing in synergy with it.

That being said, there was room left in the modifiers for more behaviors, more effects and more functions, but I feel it would only clutter the mapping, and everyone already has basic deck functions mapped in their own controllers I believe, so I really tried to achieve something to be used in conjunction with that (although, as the competition asks, this is a lot of fun to use alone ;D and there's lots of room for happy editing :) I just didn't had the time available for it)

NOTE: This mapping uses "Device Target" in every command. Change the deck you want to target in the preferences, or change it to Focus Deck and enjoy. By default, it is Deck A.

[STATE 0] – Set up and Preparation

In this state nothing happens, besides prepping all the FX and other defs for the fun to start. (Although if you hold the button, it loops with Flux on, this is not a feature, but rather a workaround to fix some issues with looping function later on, but hey, you can have fun with it anyways eheh)

(click) or (hold - release after hold): Change needed setting and go to State 1.

Here you can choose the size of your loop.

(click): Change loop size (keep clicking, it scrolls from 1/2 to 32beat and repeats)

(release after hold): Set loop and go to State 2

You should now be with your deck looping if nothing failed lol. You can set/unset the loop and go to the next state.

Reverb is now On, and you can play with the button for short Reverse Grains. If you hold it, it will change the state, so have fun with the Reverse, but “carefully” or you’ll switch state.

(hold): Reverse Grain on and wait

(release after hold): Turn reverb off; Go to State 4

Everything is off and ready for another build. Typically, don’t use this build for a drop because after this build the Hi’s and Mid’s will be cut with the Filter. Or do it anyways :D maybe it will sound even cooler.

With the filter down, keep holding to bring the high frequencies. The delay and reverb will also enter the show, so keep sweeping the filter (which means, keep holding that button V) until you feel it is time for a delay freeze! Just release the button.

Press it to stop the Delay Freeze, and the beatmasher will give you a boost of repeated beats so you can release the freeze right before a drop with some added flavor!

(release after hold): Everything off, Loop Off, back to State 0

Additional features and comments (and deleting the automatic browser navigation):

Since we don’t have a led output in our keyboard button V, to illustrate the state in use at the current moment, the browser is mapped to scroll through music number 1 to 6 of whichever list is selected. This is helpful at first, but if you find it annoying, you can order by “Comment” the command list of the mapping and delete all that reads:

More features and helpful hints to be added, as well as the video using it. But for now I don’t have much time left and the clock for the contest is closing ASAP! (edit: video added)

This mapping has a lot of power for you to edit at your own taste ;) why not start by changing the Macro FX if you don’t like Wormhole?

Don’t forget to have all the FX imported into Traktor, or at least the ones that will be used.

Even more important: Have Fun !!

And thanks for trying and downloading!

Log1: Not a bug, but I found two old and obsolete instructions in the mapping, after the competition is over I'll upload the update.

- Two instructions which test Mod6=7 can be deleted. The comment is " *A1: restart ". These were meant to restart the modifiers in a time where it was planned that there would be more FX states. I felt it were too many, so mod6 only reaches value 5. After I decided that, the restart instructions are labeled " z9 Clean Repeat " and I forgot to delete those old ones, so, sorry :p 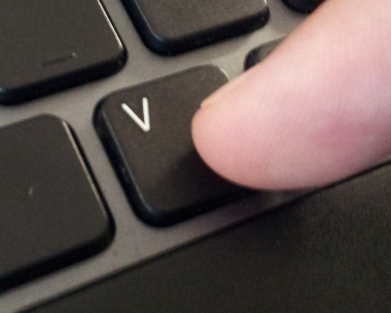 Problem downloading or other issues? Let us know on the forum.
Sign in to comment
-
Comments for v0.1.1

Cecy about 8 years ago

Joana Ventura about 8 years ago

Eduardo Grifo about 8 years ago

Leonid Kholkine about 8 years ago

Brilliant!!! Thanks for sharing!!!
x