Instant Mixer is a Traktor mapping that quickly fades in the next song of your playlist while bringing energy in with one of its eight different build-up effects. All you need to operate this mapping is one finger. That's right, all happens with the press and release of a single button. Check out the video demo.

Once you press the Instant Mixer button, the deck that is stopped starts playing from hotcue 1. Meanwhile, one of the effects brings energy into the new track. The Low EQ of the new track is turned down to avoid low frequencies clashing while the Low EQ of the old track slowly fades-out to maximize the impact of the incoming track once it kicks-in. The volume of the outgoing track is slightly decreased to bring the attention to the new track.

When you feel it's time for the new track to kick-in, just release the button. The new track will play from its hotcue 2 at full volume and its Low EQ will be restored. The old track will completely go silent and the effects tail will slowly fade away. Also, the next track of your playlist will be loaded to the now stopped deck, so you can literally mix a whole set with just one button.

Care must be taken to correctly import the mapping. If you don't read this section carefully you could lose the mappings you already have.

This should keep your mappings safe, but it is always better to export a backup of your settings before importing anything to Traktor just in case.

Instant Mixer comes with two preset mappings: one to use with your computer keyboard that is mapped to “v” key by default, and one to use with a MIDI controller. All you have to do to remap both of them is to simply change all the key or MIDI bindings to the one that fits your setup. Make sure you also import effects settings because they are important.

Traktor is an incredible tool to create crazy mappings, but it still has its limitations. That’s why some attention must be put on the correct use of this mapping, since it cannot behave as expected in every situation. However, if you follow the rules below, it is guaranteed to work like a charm.

Other things to consider:

I hope you like this mapping I made. Please feel free to modify it to suit your specific needs, work-flow and style. If you make a cool derived mapping of it, please refer to it so people interested can know about it.

Also, leave a comment here if you encounter some problem or detect a bug. 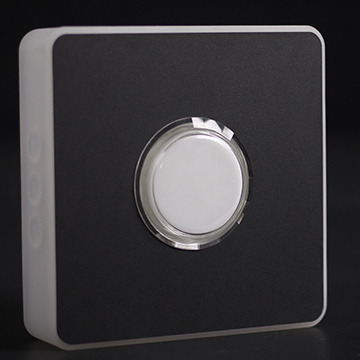 Problem downloading or other issues? Let us know on the forum.
Sign in to comment
-
Comments for v0.9.0

Bojan Ljukovcanin over 5 years ago

I looked over this and it does seem to suffer a bit from looping issues, at some times loops don't wanna engage or disengage and the load function can glitch, but the load thing might be due to my somewhat questionably stable pc. It's really good though.

Ferran over 5 years ago

The mapping only sets loops for 2 of the 8 effects. This is an intended behaviour, the mapping just sets loops for the effects I thought it sounded cool. Is this what you meant? Regarding the loading, I can confirm sometimes the songs are not loaded in the expected order. I think this is a Traktor issue, because it depends on the order you loaded the tracks and the currently selected track of your playlist. Were those the bugs you described? Else, could you provide me with a more details about the bug and how to reproduce it? Thank you for your comment.

Sean over 4 years ago

The mapping that is supposed to be for MIDI Controller, I don't get it, which Midi controller, any? Is there any situation you can benefit from it without having remap everything or is it that once you have remapped all the specified functions to your own "x" midi cont. then there will be functionality of same AUTOMIX feature using single button of MIDI cont. ??

Hey Sean, sorry for the late reply. Yes the midi controller mapping will work with any MIDI controller. You have to assign the midi control of the button you want to EVERY command of the mapping. I know this is painful but Traktor is not that user-friendly :) Maybe your controller has a configuration program that lets you choose which MIDI message each buttons sends. If this is the case you could look which note the mapping uses and assign it to the button you want. Another alternative is to use some software that allows you to remap incoming MIDI messages from your controller. I know this exist for MAC and Windows, but I can't remember the name, sorry. I hope this helps.

Thank you for this huge and awesome work! I have a question: how could I map a separated button to select which effect I want to be on (in your list of 8 effects) and then press the instant button mixer to play the effect selected? Tha k you in advance.